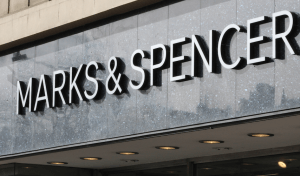 Marks and Spencer has appointed former Asda boss Archie Norman as non-executive chairman with effect from 1 September. He will succeed Robert Swannell who will retire from the board on that date.

Mr Norman brings a breadth of experience with an extensive track record in retail and brands. He was instrumental in transforming a number of major British businesses. Apart from Asda, he led Kingfisher and Energis. He was Chairman of ITV, Lazard London and Hobbycraft.

In 2016 he was appointed by the Department for Business, Energy and Industrial Strategy as its lead non-executive board member.

Mr Swannell said Mr Norman had a “deep, relevant experience” for the job.

“It has been a real privilege to have served as chairman and to have worked with so many exceptional people who are so passionate about this great business,” he said.

“With the appointment of Steve Rowe in 2016, I am confident that we have an excellent team, well-equipped to grow and strengthen the business. I wish them all the very best for the future.”

Mr Norman said: “I am looking forward to taking on the role of the chairmanship of Marks & Spencer as the business under Steve Rowe’s leadership faces into the considerable challenges ahead in a rapidly changing retail landscape.”

Vindi Banga, senior independent director who led the selection process, said:  “Having conducted a very rigorous appointment process, it was clear to us that Archie was the best person to be chairman.”