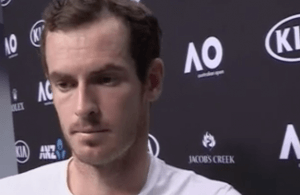 Andy Murray’s recent slump continued with defeat in the second round of the Rome Masters to the Italian and world number 29 Fabio Fognini 6-2, 6-4.

Fognini raced into a  6-2, 5-1 lead against the world number one who reduced the second-set score to 5-4, but the Italian served the match out at the second time of asking.

Murray was the defending champion at the Foro Italico and goes into the French Open in two weeks time on a run of defeats.

The recently-turned 30-year-old was defeated in the Madrid Masters at the last-16 stage to unseeded youngster Borna Coric and suffered another surprise loss in the semi-finals of the Monte Carlo Masters to Albert Ramos-Vinolas.