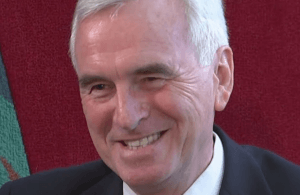 Labour’s plan to raise taxes on those earning more than £80,000 is likely to re-open issues over staff facing differential tax demands north and south of the border.

The proposal would not necessarily apply in Scotland where income taxes are now almost completely devolved.

It will, however, impact particularly on companies and other organisations with employees north and south of the border undertaking similar tasks.

Mr McDonnell’s plans have also come in for criticism from a think tank – and from within his own party.

He said Labour would not raise income tax, national insurance contributions and the standard rate of VAT for those earning below the proposed threshold.

He hinted that a Labour government would introduce a “modest” tax rise on those paying the top rate of tax – at £150,000 and above.

He gave no details, but the likelihood is that Labour would re-introduce the 50p top rate which Alistair Darling imposed as Chancellor in the 2009 Budget. It was cut to 45p by George Osborne in 2013.

Mark Littlewood, director general of the Institute of Economic Affairs said: “Labour politicians talk about targeting the mega-rich, but even on that dangerous metric these plans do not stack up.

Shadow foreign secretary Emily Thornberry struggled to justify the plan when questioned about how much the policy would raise. She said: “I don’t know. You’ll need to ask John McDonnell about that, I’m not going to get into all of that.”

Official data shows that the poorest pay a bigger proportion of their income in tax, but the top 5% of earners pay almost half (47.1%) of all income tax in the UK.