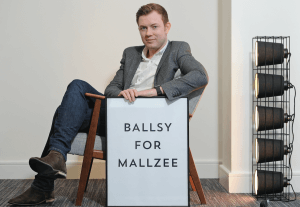 Mallzee, the fashion shopping app, is celebrating its millionth download four years after it launched.

The so-called “Tinder for fashion”, has been a pioneer in m-commerce after signing up many of the top high street chains.

The Edinburgh-based business also has a tie-up with Samsung in the UK and Ireland which has enabled the Mallzee app to be sold in the Samsung app store.

Mallzee, which has raised more than £3m from investors, was the most downloaded multi-retailer shopping app in 2016 and this year launched a B2B range of tools to aid retailers.

Founder Cally Russell (pictured) said: “One million downloads confirms that we’re without a doubt the top downloaded multi retailer shopping app in the UK and we have the App Annie rankings to prove it.”

Mallzee users spend on average 10 minutes at a time in the app.