Livingston steps down from Celtic board 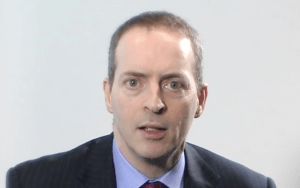 Ian Livingston is stepping down as a director of Celtic Football Club from the end of next month.

Lord Livingston, who was appointed in October 2007 and chairs the audit committee, is leaving to focus on his other board commitments.

Sharon Brown, who joined the Celtic board in December 2016, will become chairman of the audit committee.

Lord Livingston said: “Having stood in the Jungle as a boy, it was a great honour to be a director of Celtic.  With the club in a strong position, I look forward to Celtic’s continued success in the future.”

Chairman Ian Bankier said: “On behalf of the board, I would like to thank Ian for his insight, experience and commitment to the club.

“Ian is a highly-respected figure in business and public life and Celtic has been fortunate to benefit from his contribution during his time as a director.”