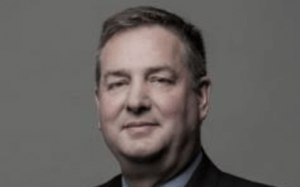 Administrators have been called in to Hamilton Burns, the Glasgow-based immigration, criminal, matrimonial and civil practice law firm.

Tom MacLennan (pictured) and Iain Fraser, partners with FRP Advisory, have agreed the transfer of four directors and three trainees to two firms, together with certain work in progress.

“The firm also had very high levels of historic debt which, together with the fall in income led to unsustainable pressures on cash flow.  Every effort had been made to find a solution for the firm, however it became clear that administration was the only option.

“We are pleased to have negotiated agreements for the transfer of seven staff, client files and work in progress. It is with great regret that the remaining nine staff have been made redundant, for whom we will provide as much support as possible.”