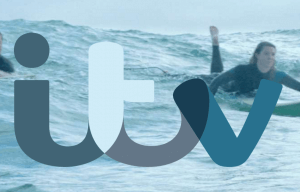 ITV: The broadcaster is blaming the absence of a big football tournament for an expected 8%-9% fall in advertising revenue in the first half of the year.

Advertising sales on are forecast to be down 15% to 20% “against the tough comparator of the Euros last year”.

Even so, it has left guidance for year unchanged, with online ad sales and income from its TV studios making up for the fall.

Barratt: Chief executive David Thomas it has been “another strong period both operationally and financially for the group”.

In an update he says: “Our controlled approach to growth means we are on track to deliver 17,350 completions in the year, the highest number of completions in nine years. This, combined with the strong market backdrop, means we now expect full year profit before tax to be at the top of the range of current analyst estimates.”

Forward sales are at a record, and are up 12.7% on this time last year.

Market conditions remain good, says the company which is delivering a strong performance since the start of the calendar year.

Increased competition within the mortgage market has resulted in wide availability of attractive mortgage finance which, alongside Help to Buy, continues to support strong consumer demand.