Revenues up despite dip 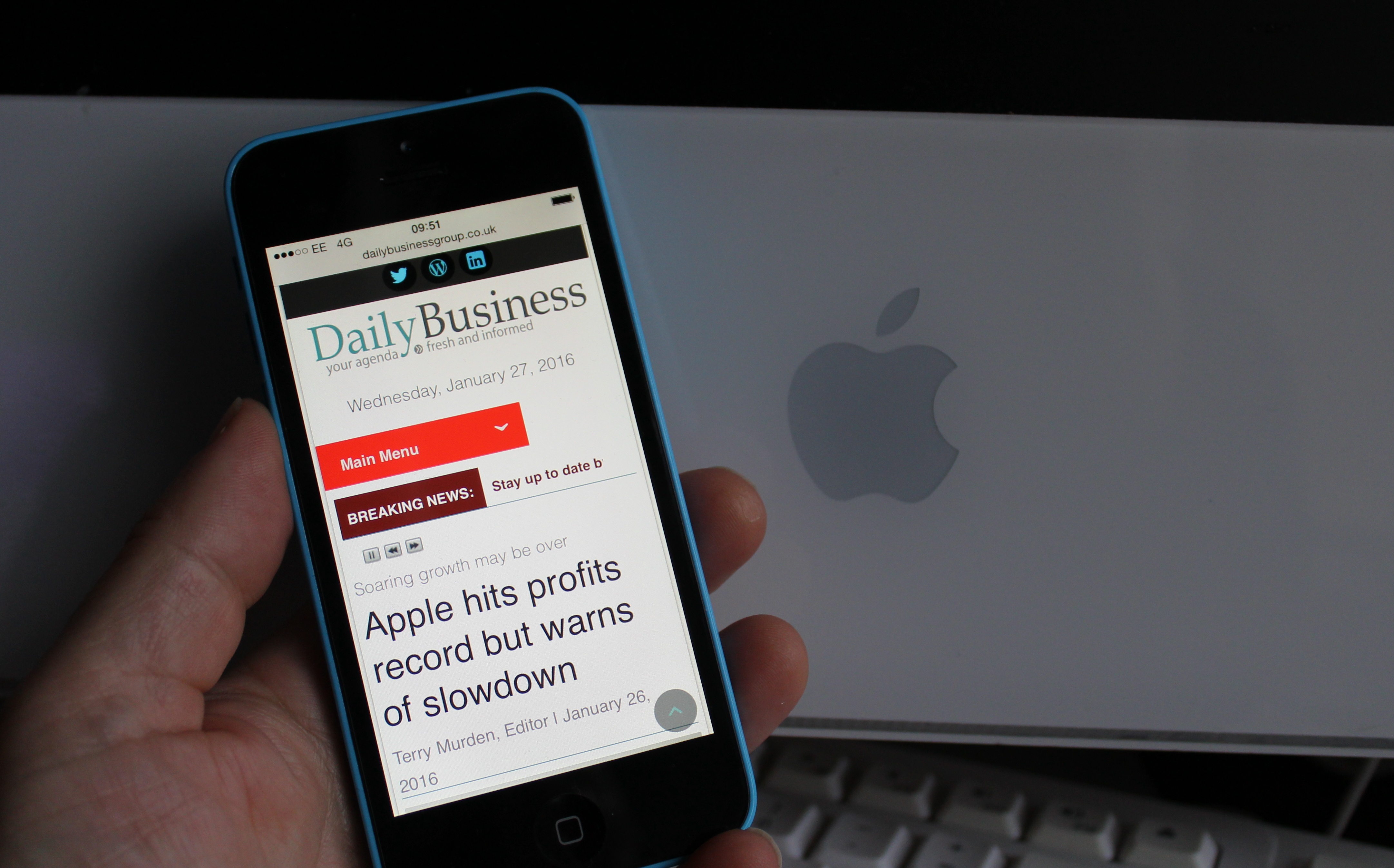 Apple boss Tim Cook blamed customers awaiting an upgraded model for a fall in the sale iPhones in the first three months of 2017 against the same period a year ago.

It sold 50.8 million iPhones, down 1% year-on-year. Shares in the firm fell 1.84% to $147.51 in after-hours trading after earlier hitting a record high on expectations of better results.

Sales of the iPhone fell by 1% and the iPad by 13%. Revenue from iPhones still climbed 1% to $33.2bn due to “robust” sales of its bigger, more expensive iPhone 7 Plus.

The dip in iPhone sales was offset by services, including Apple Pay, iCloud and the App store, which recorded an 18% increase in sales to $7bn.

There was also growth in sales of Apple Watch, AirPods and Beats earphones.

Apple’s cash balance climbed to a record $256.8bn, including cash and securities. The company announced a plan to expand its capital return program for shareholders by an extra $50bn.

What can we expect?

Apple will unveil a new phone in September, in line with tradition, and analysts say it may dispense with the usual ‘s’ addition.

There is a feeling that just adding a letter may signal a minor change. It could instead go for a slight rebrand to iPhone Pro or iPhone X to give consumers a feeling of getting something entirely new. Prices could start at $1,000.

It could also follow Samsung whose Galaxy S8 has a touchscreen over the entire front side of the phone. This could see Apple adopt on-screen button.

One analyst said the recent adoption of touch technology might not work with a full-screen phone. Instead of a fingerprint sensor, Apple could use different kinds of security such as face recognition or iris scanning.

Apple is rumoured to be working on wireless charging for the new iPhone.

Some users would like to see the return of the headphone jack which was controversially dropped in the iPhone 7. It forced people to use headphones that worked with the proprietary Lightning port, AirPods or an adapter.

Linkedin
Apple, iPhone, Tim Cook News, Updates & Results, World No Comments » Print this News
‘I wanted to kill them. They trampled on my dreams’ Previous News
Next News Era of low shop prices ‘coming to an end’