Hughes boost ahead of HBJ merger 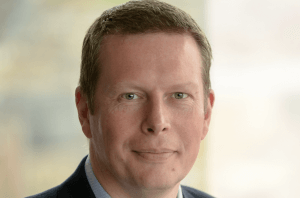 HBJ Gateley has bolstered its employment law team with the appointment of David Hughes as partner.

The appointment comes ahead of the firm’s merger with Addleshaw Goddard on 1 June.

Mr Hughes will join a team of seven employment specialists and splitting his time between the firm’s Aberdeen and Edinburgh offices.

Qualifying in 1992, he became a partner at Alan McDougall & Co. in 1995, before moving to lead Henderson Boyd Jackson’s (latterly HBJ Gateley’s) employment team in Scotland in 2000.

In 2009 he became a partner at Simpson & Marwick, latterly Clyde & Co. In 2008 he was accredited by the Law Society of Scotland as a specialist in employment law, and in 2012 he qualified as a Solicitor Advocate, with rights of audience in the Court of Session and Supreme Court.

He said: “I’m re-joining HBJ Gateley at a very exciting time for the firm. The merger with Addleshaw Goddard puts us in a strong position to develop our employment law practice across Scotland, especially in the oil and gas sector at a crucial time for the industry and the Scottish economy.”

Malcolm McPherson, senior partner at HBJ Gateley, said: “David is a tremendous addition to the team. He brings with him a wealth of technical expertise and a prolific reputation.”