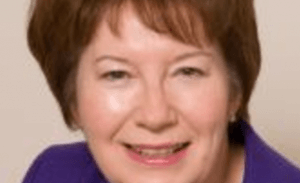 Tax professionals are calling on the Scottish Parliament to set up a committee focused exclusively on scrutinising the country’s devolved tax powers.

The recommendation was made by the Chartered Institute of Taxation (CIOT) in its submission to the Budget Process Review Group, which has been established to review Holyrood’s budget processes in light of the devolution of new tax and spending powers.

Such a committee could have oversight of current and future tax legislation, scrutiny of revenue raising matters contained in future Scottish budgets and monitoring the operation of the Fiscal Framework agreement between the UK and Scottish Governments.

The CIOT has also recommended that an annual Scottish Finance Bill be introduced as part of the budget process.

This would provide a “practical avenue” for carrying out annual tax changes, such as to tax rates and bands, and might enable more effective parliamentary scrutiny of such tax changes.

The Institute has also backed calls for a move to a full-year approach to budget scrutiny, which should ensure more effective and longer-term scrutiny of Scottish Government tax and spending legislation.

The CIOT added that this may assist in ensuring future Scottish budgets are not adversely impacted by the UK Government’s decision to move to an autumn budget from this year and enable more effective post-budget and post-legislative scrutiny and evaluation.

Commenting on the submission, Moira Kelly (pictured), chairman of the CIOT’s Scottish Technical Committee said: “The devolution of new tax raising powers to the Scottish Parliament has in recent years shifted Holyrood’s focus from being a purely spending parliament to one that is also accountable to the public for an increasing amount of the money that it spends.

“With this new focus, there are a number of steps that we believe the Budget Process Review Group should explore, including the benefits of establishing a dedicated tax legislation committee and introducing an annual Scottish finance bill.

“Alongside a more long-term approach to budget planning, we believe these measures can help strengthen Holyrood’s oversight of devolved tax legislation and ensure a more transparent, effective and accountable budget process.”