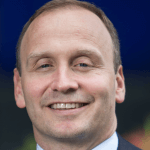 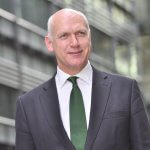 Deloitte’s Graham Hollis (far left) has been appointed senior partner at the firm’s Aberdeen office, ahead of the retirement of longstanding practice lead, Derek Henderson (left).

Mr Hollis moved to the city when he became a partner with the firm in June 2008.  Prior to this he spent 13 years with Deloitte’s oil and gas team in London.

He leads Deloitte’s upstream audit and advisory practice in Scotland, its international practice for Scotland and the north of England and has over 20 years’ experience working with the oil and gas and oilfield service industries, both in the UK and internationally.

Mr Henderson retires at the end of May after two decades as a corporate tax partner with Deloitte.

He became senior partner of the Aberdeen office in 2000, after being promoted to partner in 1997. Three colleagues have been promoted to director in the last 24 months, bringing the total number of directors in Aberdeen to six.

Mr Henderson said: “In my time at Deloitte the oil and gas industry has been through a great deal of change, which has brought with it both substantial opportunities for the North Sea and a variety of challenges. It has been an honour to work with some of the world’s leading energy companies and support them through the past two decades.

“I know that I’m leaving the Aberdeen practice in safe hands – Graham has been with the firm for a long time and knows the industry, the city, and our office, exceptionally well. I wish him and the entire team all the best for the future.”