Director-elect of CBI Scotland Tracy-Anne Black is expected to make her first appearance before members today ahead of taking up the deputy director role in September.

Ms Black (left), a management consultant and a former investment banker, will attend the organisation’s annual lunch in Edinburgh.

She will become the first female to head the organisation when she takes on the top role next year.

Current director Hugh Aitken leaves next April and Ms Black – who currently runs the Hampshire-based consultancy Interactive Partners – will take up the deputy role initially on a part-time basis. Ms Black, 45, worked for UBS and Goldman Sachs and set up Interactive Partners in 2012.

The CBI President Paul Drechsler will address members and underline the importance of the new UK government taking Scotland “with them” through the forthcoming EU negotiations.

Mr Drechsler will also draw on his personal experience, at the helm of the Bibby Line Group to underscore the importance of diversification in Scotland’s economy, and as Teach First chairman to promote business’ involvement in delivering good careers advice.

The CBI President will also stress firms’ difficulties with business rates and the importance of Scotland being seen as an attractive place to do business.

On Brexit, he will say: “The new UK government, whoever it is, will have to take action quickly. In particular, they should secure the status of EU citizens in the UK, rule out a collapse into WTO trade rules and start conversations about our future trading relationship with the EU as soon as possible. And all the while taking Scotland, and the other devolved nations, with them.

“These three quick wins could get negotiations off to a cracking start…and help give business the certainty it needs to hire and invest.”

On laying the foundations for future economic growth in Scotland, Mr Drechsler will say: “In my experience, growth has two ingredients. The first is stability.

“Everybody knows that business abhors uncertainty. And it doesn’t matter how keen Scottish businesses are to thrive, at the moment there’s more than enough uncertainty to go round.

“That’s why we at the CBI think that the current priority should be clarity on what a future UK-EU deal could look like, and ensuring the needs of Scotland are included. Rather than constitutional issues.

“The second ingredient for growth is creativity. You can’t wait for growth to fall into your lap. You have to go looking for it. Constantly re-assessing your assumptions and having the confidence to shake things up.

“The CBI will do all we can to make sure that issues fundamental to good business in Scotland are front and centre over the next month and beyond.

“That’s because a successful UK economy needs all its component parts firing on all cylinders.

“And there are some key priorities that you’ve flagged to us… that could help fire up the Scottish economy.

“One: as I’ve already said, the new UK-EU relationship has to work for Scotland.

“Two: it must remain easy to do business across the different nations of the UK.

“Three: we must ramp up efforts to boost Scotland’s position on the world stage.

“Four: the Scottish government and UK government must provide some colour on what the UK Industrial Strategy means for Scotland.

“And five: Westminster and Holyrood must work together, with business, in pursuit of prosperity.”

Mr Drechsler will add: “It’s clear that Scotland’s economy leans heavily on offshore services for jobs and tax receipts. And the big risk with imbalance is that you’re at the mercy of macroeconomics.

“I’m chairman of Bibby Line Group. Part of the group, Bibby Offshore, is based in Aberdeen. Two years ago things were going great. The sector and the city were buoyant.

“Then the price of oil fell, profit sank into loss, and there was upheaval across Aberdeen and beyond. 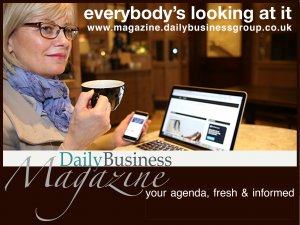 “Government tax receipts from the offshore oil and gas industry fell from £11 billion net in 2013 to £35 million last year – that’s a fall of over 99%.

“And the entire offshore-reliant economy has turned very short-term, with contracts agreed weeks in advance, rather than years.

“In Aberdeen, the knock-on effect has hit hotels, shopkeepers, taxi drivers. The Telegraph reported one local estate agent saying that ‘it makes 2008 look like a picnic’.

“And as for the sector itself, it’s been decimated. The North Sea oil industry haemorrhaged 150 jobs per day in 2015/16. Bibby’s own operation cut around 30% of its onshore headcount.

“The stark reality is that the local economy isn’t diverse enough to pick up the slack for those losses – and that should be a wake-up call for everybody.

“Of course oil plays a big part in Scotland’s economic picture. I’m not saying that countries should turn up their noses at opportunities on their doorstep.

“But I am saying that complacency is the enemy.

“The best thing the Scottish Government could do is focus on things will help business and help the economy. By thinking creatively in the pursuit of growth. Growth that will lead to other sectors, not just oil and financial services, taking the strain.”

He will encourage greater emphasis making sure careers advice is delivered in the most up-to-date ways possible and beginning dynamic work programmes “that get young people enthusiastic about the world of work.”

He will call on CBI Scotland members to be “at the front of the queue”.

This will be achieved, he will say, by “Not just by speaking to your councillors and MPs and MSPs – as important as that is, but by getting stuck in yourself. Looking for ways to engage with schools and colleges. Offering good careers advice. Maybe suggesting that your staff do the same.

“Government in Holyrood, Westminster and elsewhere must make it as simple as possible for businesses to contribute and collaborate with education.”

He will urge politicians to ” make sure Scotland is seen as a great place to do business, across the board.

“For example, many firms across Scotland are really struggling with the rise in business rates.

“We want to see rates reform fast-tracked. And ideally, we’d see costings and economic impact assessments in the future Budget process, to make sure that people consider the real impact of any changes.

“Because if the Scottish tax system isn’t competitive, we risk undermining the very foundations for economic growth… while at the same time reducing the tax revenue that the Government needs to fund public services and infrastructure.”