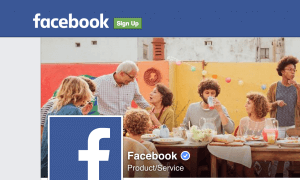 A quarter of the world’s population now use Facebook, helping to push up profits by 76% in the first three months of the year, to £2.4 billion.

The number of users each month increased to 1.94 billion, of which nearly 1.3 billion use it daily, the company said.

However, the social network has warned that growth in ad revenues will slow down.

The company has hired 3,000 staff to help moderate content after it was criticised over its handling of hate speech, child abuse and self-harm..

Most of the new users coming from outside of Europe and North America.

Founder Mark Zuckerberg said Facebook had an opportunity to expand the site’s role, moving into TV, health care and politics.

“With that foundation our next focus will be building community,” he said. “There’s a lot to do there.”

The company grew revenue from advertising, which accounts for almost all of Facebook’s income, by 51% to $7.9bn in the period.

However, chief financial officer David Wehner said repeated previous warnings that Facebook was hitting a limit on the number of ads it can squeeze onto users’ pages.

The company is now under pressure to make more money from its other products, including Video, Instagram, Whatsapp, Messenger, and virtual reality.