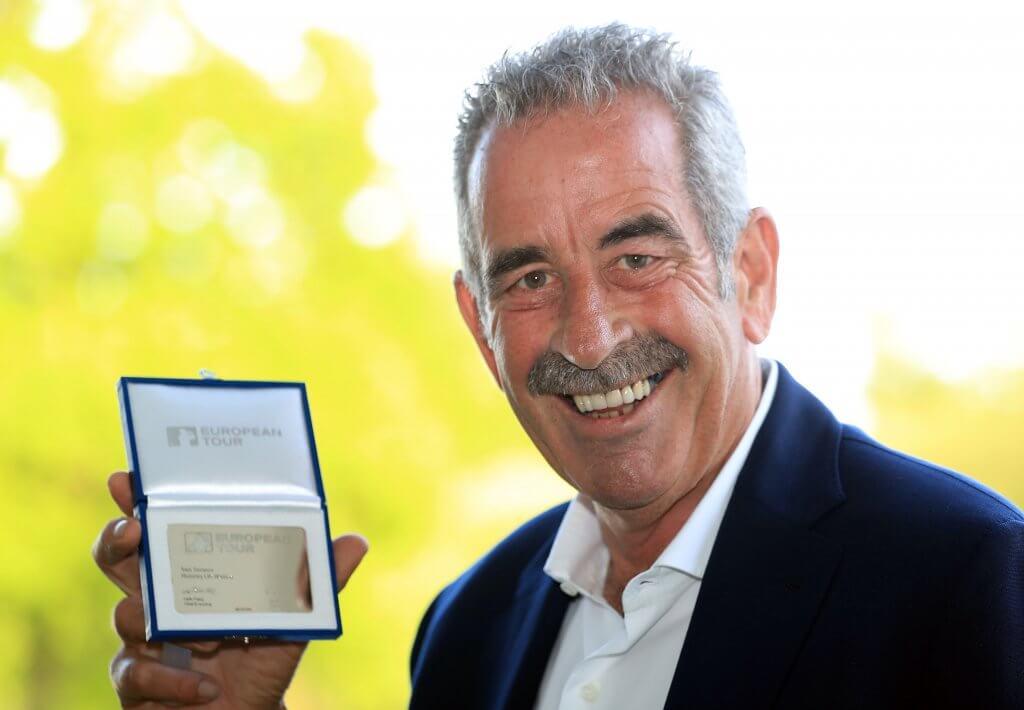 Sam Torrance has been recognised for his record-breaking European Tour career and Ryder Cup heroics by becoming the latest addition to the exclusive group of Honorary Life Members of the European Tour.

As the European Tour enters a new era at this week’s BMW PGA Championship, the first event of the new Rolex Series, Torrance’s significant contribution to all aspects of the Tour and Ryder Cup was recognised at a Championship Reception when he was presented with the accolade by European Tour Chairman David Williams.

Torrance said: “It’s fantastic. It’s been my whole life. I should really be honouring the European Tour for giving me such an arena to play golf. What a life. It has been so rewarding – the people I’ve met, the places I’ve been. What a journey.

“It’s very special to receive this honour. The European Tour has always made me feel very special, though.”

Having turned professional in 1970, Torrance made his official European Tour debut in the Tour’s first event two years later, the Spanish Open at Pals in Girona in April 1972. In total the 63-year-old Scot went on to play 706 events which, to this day, remains a European Tour record. It total he won 21 times on Tour between 1976 and 1998.

Torrance carried that success into the European Senior Tour, winning the John Jacobs Trophy by topping the Order of Merit on three separate occasions – in 2005, 2006 and 2009 – and winning a total of 11 titles on the over 50s Tour.

But it is his Ryder Cup career for which he is most revered, playing in eight successive contests between 1981 and 1995 and being on the winning side on three occasions in addition to being part of the European Team that retained the trophy in 1989, following the 14-14 tie at The Belfry.

During that time, he memorably sank the winning putt at The Belfry in 1985 which sealed Europe’s first ever victory over the United States of America since players from the Continent had become part of the contest in 1979.

Torrance would return to the English venue in 2002 as Captain, the contest having been delayed for 12 months following the 9/11 atrocity in New York. The Scot’s man-management and tactical nous was widely praised as he led Europe to a famous 15½ – 12½ triumph, coincidentally the largest winning margin for a European team since that historic victory at the same course in 1985.

“The Ryder Cup captaincy was definitely the highlight of my career but I’ve many memories,” he added.

“I won the Australian PGA in 1980, which to this day is still my biggest win. I played with Seve the last two rounds. Seve finished second, Greg Norman finished third. I beat the pair of them and when I came off the last green, Seve said: ‘Hey Sam, you’re very tough to beat.’

“For someone as legendary as that to say that to me, it gave me so much confidence. Up to that point I’d only won twice and hadn’t played in the Ryder Cup yet. I went on to win a few and play in a few Ryder Cups and a lot was down to that great man.”

Born in Largs, North Ayrshire, and now based in Sunningdale with his family – wife Suzanne, daughters Phoebe and Anouska and son Daniel – Torrance was awarded an MBE in 1996 for services to golf, and then an OBE in the 2003 New Year’s Honours list.

He has gone on to forge a hugely successful career off the fairways – as a broadcaster he applied his extensive knowledge and acerbic wit to the BBC’s coverage of golf for many years while latterly being part of the World Feed commentary team at European Tour Productions. He has also become a distinguished golf course designer, with the Torrance Course at St Andrews one of his most eminent creations.

Torrance becomes the first Scot to receive Honorary Membership of the European Tour since Bernard Gallacher achieved the accolade in 2003, and the sixth in total since the award was established in 1978, joining Sandy Lyle, Colin Montgomerie, Paul Lawrie, John Panton and Gallacher.