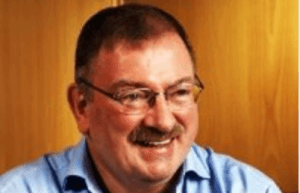 Mr Elliott, who is also chairman of city-based Craneware and Calnex, will join the board this week.  He is a director of venture capital firm Par Equity and was a director of the technology company Two Big Ears.

Mr Elliott has extensive boardroom experience in private and public technology companies in an executive and non-executive capacity.

He was formerly chief financial officer of Wolfson Microelectronics, also based in Edinburgh.

Mr Grossart said: “We are delighted to announce George’s appointment as chairman-elect of IndigoVision.

“His extensive experience and track record of delivery for shareholders within the technology sector mark him out as having ideal credentials to guide the executive management team in growing the business further, and in unlocking the value potential built within IndigoVision over the last twenty years.”