Edinburgh set to cash in on rugby finals 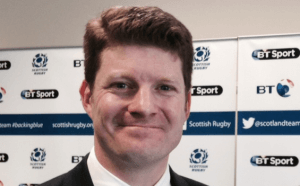 Edinburgh is poised to cash in as thousands of rugby fans descend on the city next weekend for a double-header of cup finals.

The European Rugby Champions and Challenge Cup finals will be held at Murrayfield on successive days, marking the climax of the professional club rugby calendar.

Last year’s finals in Lyon generated a direct economic impact of more than €15 million and a total economic impact of over €20 million, placing the back-to-back finals in the comparative context of an NFL International Series match in London or RBS 6 Nations test match.

This impact was generated by various groups, including spectators, sponsors, media and the broadcast of the matches to 4.1m viewers in 95 countries, as well as the tournament organisers and teams themselves.

Analysis of last year’s finals in Lyon showed that over 54,000 non-local supporters were in the city across the two finals, on top of 11,900 other attendees, requiring more than 40,500 bed-night’s accommodation and millions of Euros (an average of €165 / Champions Cup spectator) in additional spend on food and beverage, groceries, travel, shopping and leisure.

Ten of thousands of rugby and event fans (two-thirds of whom are currently coming from outside Scotland) from 44 countries have already snapped up tickets to the two finals on Friday and Saturday – more than double the total in Lyon – with the city anticipating a wealth of knock-on expenditure. 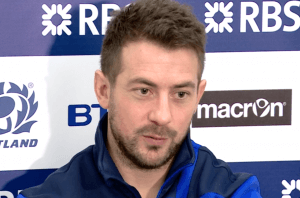 Dominic McKay (pictured), Scottish Rugby’s chief operating officer, said: “We’re proud of our stadium, BT Murrayfield, and the role it plays in the health of Edinburgh and Scotland’s economy and our ability to attract world-class events to the capital that help us to invest our growing revenue into grassroots rugby across the country.

“The European finals will bring a unique festival of rugby to the city over the course of weekend of 12/13 May and I’d encourage all fans of big events and sporting occasions to get involved in the big match atmosphere in the stadium and the city centre fan-zone.”

EventScotland, part of VisitScotland’s events directorate, is supporting Scottish Rugby to deliver the event and Paul Bush, VisitScotland’s director of events, said: “The European finals are one of the great club rugby weekends and Edinburgh is the perfect stage for the event.

“Events play a significant role is Scotland’s visitor economy and EventScotland is proud to be supporting Scottish Rugby to bring the event to our capital city.”