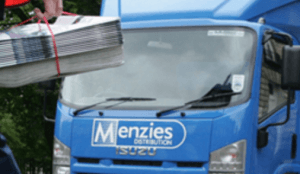 Gatemore has an 11% stake in DX and other shareholders representing a further 7% also oppose the deal which they claim undervalues the company’s prospects.

The proposed tie-up was unveiled in March to create a 24-hour UK-wide logistics network.

But in a letter to the DX board, Gatemore managing partner, Liad Meidar, claims the terms of the deal are not acceptable and said with a simple turnaround plan, DX Freight’s operating margins could be improved.

He said: “The proposed reverse merger grossly undervalues DX and its potential to recover from the current nadir in profits.

“Having spoken to nearly all of DX Group’s large shareholders, we firmly believe that more than 30 per cent of the shares will vote against the proposed reverse takeover with John Menzies’ distribution business.

“We demand that you either significantly improve the terms of the deal with Menzies or terminate discussions and allow the shares to resume trading.”

If the merger goes ahead DX will pay £60m in cash for Menzies Distribution, along with the issue of new shares.

It is termed a reverse takeover because Menzies’ shareholders will own at least 75% of DX, with a further 5% held by its pension scheme.