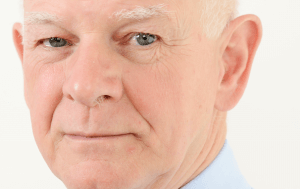 Royal Bank of Scotland chairman Sir Howard Davies today claimed the bank had no alternative to spending £125 million defending itself against a legal action by shareholders.

He also reiterated a warning that the bank could move its registered office to London if Scotland voted for independence.

The bank will face investors later month to deny claims that it misled them about its financial position when it launched a £12 billion rights issue in 2008.

A trial opens on 22 May and former chief executive Fred Goodwin, chairman Sir Tom McKillop, and other directors will appear in court next month.

Sir Howard told shareholders at today’s AGM that agreement had been reached with shareholders representing 87% by value of the total claim.

However, if the bank does not reach settlement with the remaining claimants it will defend itself vigorously. He said: “The bank has been criticised for the cost of defending itself and paying the legal costs of defending our former directors who have been named as co-defendants in the action.

“The costs we are having to meet are high because of the “extraordinary breadth and complexity of the case,” he said.

“And it is normal practice under company law, and indeed it is as legal obligation for the bank, that directors should be indemnified in relation to any third party civil action arising from their tenure at the bank.”

On the bank’s performance, Sir Howard admitted that “reporting large losses like the one we took for 2016 is always difficult”.

He said management and employees “also feel the pain”, but said the bank remained on target to return to profitability next year.

“Reporting a bottom line profit for 2018 would be a huge milestone for the bank, after what will, by then, have been ten extremely tough years of losses.”

On the failure to sell the Williams & Glyn business, he said that he hoped that an agreed solution will be reached on an alternative plan proposed to the European Commission.

He regretted that the bank had nothing new to report on the claims in the US over mis-sold residential mortgage backed securities.

“It is our strong intention to put this behind us during 2017, but the timing is out of our hands.”

He noted the debate over a second Scottish independence referendum and said that before the last one the bank had said it would move its registered office to London.

“If there is a second referendum we will keep you informed of any contingency plans we might put in place. It is too early to speculate on that.”

Chief executive Ross McEwan said: “I believe we are finally shifting from the bank we were to the bank we are becoming.

Outlining progress of the underlying bank, he said: “This bank is showing its potential.”

He defended branch closures on the grounds that usage had fallen 40% in three years. “We have found it extraordinary how quickly people have moved to mobile and online,” he said.

Sir Sandy Crombie, independent director and chairman of the remuneration committee, said the bank had held talks with a number of shareholders over their objections to a new pay structure and the “vast majority” were now behind the bank’s proposals.

Under the plan, chief executive Mr McEwan would be eligible for a long-term award of 175% of his salary and finance chief Ewen Stevenson 200%, both representing a decrease from the previous 400%.

Sir Sandy said: “We believe that the policy encourages sustainable long-term performance, is strongly aligned with shareholders both during and after employment, and, while offering reduced maximum pay, will be more highly valued by executives.

“It is also aligned with some of the emerging guidance from investors on pay.”