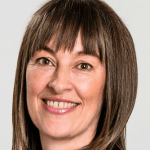 BLM, the UK and Ireland insurance and risk law firm, has made two key appointments to its Scottish staff.

Ms Dance replaces partner David Taylor, who served as head of Scotland and a member of BLM’s executive board for three years – since BLM’s combination with HBM Sayers in May 2014.  Mr Taylor remains on the executive board and a serving partner at BLM specialising in dispute resolution.

BLM has also announced the relocation of its Edinburgh office into more centrally positioned and larger office premises on George Street.  This will allow space to expand the team, headed by partner Ian Leach.