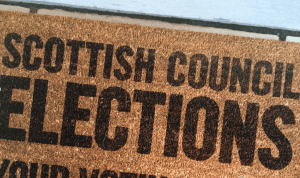 The local elections in Scotland confirmed a trend across the UK with Labour seeing a collapse in its vote and the Conservatives making significant gains, including advances against the Scottish National Party.

The Tories, until recently marginalised in Scottish politics, even managed to win seats in some of Scotland’s poorest neighbourhoods, including Ferguslie Park in Paisley, the former mining area of South Ayrshire, and Shettleston in the east end of Glasgow.

The Conservatives gained 164 seats, while Labour lost 133, the SNP 7, Lib Dems three and the Independents 26. The Greens gained five.

Across the UK, the Conservatives gained 563 seats. Labour forfeited 382, Lib Dems 42. UKIP was all but wiped out, losing 145 seats, leaving it with just one. The Greens added six and Plaid Cymru 33.

The Conservatives won 11 councils and have made the biggest gains by a governing party in a local election for more than 40 years. The party won four of six new mayors, with Labour winning Greater Manchester and the Liverpool City Region. Labour lost control of seven councils.

Labour has lost control of Glasgow City Council, a key shift in local power politics. The Conservatives have become the largest party in six of Scotland’s councils. However, Labour gained Midlothian from the SNP, and tied with the SNP in North Ayrshire.

The Western Isles council will have no female councillors for the first time.

There were signs that many councils would be run by coalitions as the SNP looks unlikely to repeat the overwhelming support it received in the 2015 General Election.

Labour was the big loser and will be licking its wounds in Glasgow, where it has run the council since 1980. Much of the blame for the party’s nationwide collapse was place on the shoulders of Jeremy Corbyn and his left-wing brand of politics.

There had been speculation of an SNP success in Glasgow after the party took all the city’s Westminster seats in 2015. The SNP replaced Labour as the biggest party in Edinburgh and possibly in Aberdeen.

Among the new faces is John McLellan, former editorial director of The Scotsman newspaper titles, who has been elected for the Tories in Craigentinny/Duddingston. He became director of communications for the Scottish Conservatives in 2012 and the following year was appointed director of the Scottish Newspaper Society.

Other notable elections around the UK include former John Lewis chief executive Andy Street who is the new Conservative mayor for the West Midlands. Former Labour front bencher Andy Burnham, who contested the party leadership against Jeremy Corbyn, won the mayoral post in Great Manchester.

Dav Rowntree. the drummer with Brit Pop band Blur, has been elected to Norfolk County Council. He held the seat for Labour.

John Curtice, Professor of Politics at Strathclyde University, said that across the UK the Conservatives had put in their best election performance since at least 2008.