Synergies in deal increase by a third 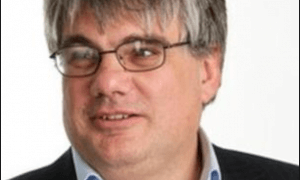 Oil services company Wood Group said it has been able to squeeze a third more cost savings out of its acquisition of Amec Foster Wheeler.

It says it can increase the expected level of annual pre-tax cost synergies from £110m to at least £150m by the end of the third year following completion of the deal.

This is an increase of 36% compared with the anticipated synergies set out in the original announcement on 13 March.

Added savings will be found by greater operating efficiencies in areas such as procurement spend and the reduction of duplicate costs.

It also expects to save more by reducing the size of the board and executive leadership teams, in addition to other corporate and fgroup functional costs.

The company has also targeted more administration efficiencies by consolidating overlapping office locations, the elimination of duplicated IT systems and the reduction of duplicate costs across central support functions.

These anticipated synergies will accrue as a direct result of the combination and would not be achieved on a standalone basis.

Wood Group said it confident of realising additional cost synergies that cannot be quantified for reporting at this time.

It estimates that these synergies would give rise to one-off costs of approximately £190 million ($231 million) incurred in the first three years post-completion of the combination. This is unchanged from the level identified at the time of the original announcement.

At the time of the acquisition announcement chairman Ian Marchant (pictured) described the deal as a “transformational transaction”.