Deal expands reach in US 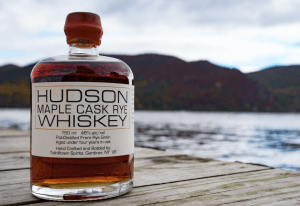 Tuthilltown is considered the inspiration of the American craft whiskey movement and produces a number of craft spirits including Hudson Whiskey which was acquired by William Grant & Sons in 2010.

It joins a portfolio of UK brands which include Glenfiddich, Hendrick’s Gin and Drambuie. The terms of the deal were not disclosed.

The 36-acre Tuthilltown facility includes the distillery that produces Hudson and a variety of other local craft spirits brands.  It was New York state’s first distillery since the prohibition era.

William Grant & Sons’ chief executive Simon Hunt, said: “In 2010, William Grant & Sons bought the Hudson Whiskey brand as we were not only attracted to the possibilities within the American whiskey category but in particular, the authenticity of the Hudson brand and the excellence of the whiskey; the same is true of the distillery.

“The entire team at Tuthilltown bring an incredible passion to what they do and possess an entrepreneurial spirit that we will whole heartedly encourage.”