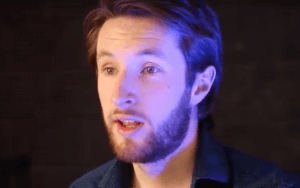 Bruce Walker has merged his We Are the Future events company with The Power of Youth.

Mr Walker said the deal between the two Edinburgh businesses is yet to be finalised but he confirmed a report in Daily Business last month revealing that talks had taken place.

The team at Leith-based Power of Youth is headed by, among others, Adam Purvis and Zoi Kantounatou.

Mr Walker said: “We are still firming things up. We decided that we should come together because of market need. It should allow us to provide an even better service.”

WATF is a social enterprise which runs events for entrepreneurs and has carved out a key role in encouraging entrepreneurial networking.

It has hosted summits around the world with some of the world’s biggest names and organisations including Virgin and KPMG.

Its Start-Up Summit in Edinburgh has been described as “the UK’s most exciting entrepreneurship gathering” because it brings together some of the world’s trendsetters, entrepreneurs, educators, accelerators and investors.

Last month it organised the DataFest innovation event in Edinburgh, featuring speakers from, among others, Sainsbury’s Bank and Toshiba Medical.

Walker studied international Business Management at Edinburgh Napier University. He has also accepted roles with The Entrepreneur’s Foundation, Forth Valley Chamber of Commerce and FutureX.

Linkedin
Bruce Walker, Start-Up Summit, The Power of Youth, We Are The Future News, Scotland No Comments » Print this News
Ex-Rangers striker Johansson back at Ibrox Previous News
Next News Doggedness has created brewing billionaires