May on course for crushing victory

Tories heading for landslide and 12 seats in Scotland

Theresa May’s Conservative party is on course for a landslide victory on 8 June and could deliver a huge blow to the SNP by winning up to 12 seats.

The Tories have are sitting on a big lead over Labour which looks unbridgeable over the course of the six week campaign.

According to polls by Opinium, ComRes and YouGov, the Conservatives hold a lead of between 19 and 25 percentage points, with the party’s support ranging from 45% to 50%, unprecedented in modern times.

Mrs May’s gamble on going to the polls ahead of schedule looks like paying off with voters deserting Jeremy Corbyn’s left wing Labour and  the anti-EU UKIP party, which helped campaign for Brexit.

In a blow to the Scottish National Party the Conservatives have also gained ground in Scotland, potentially weakening the nationalists’ demand for another independence referendum.

According to one analysis, the Conservatives are on course to win 12 seats in Scotland while Labour will be wiped out from its former political stronghold.

The Conservatives currently hold only one of Scotland’s 59 seats at Westminster. The SNP has 54.

The closest poll is Survation – which shows Ukip performing more strongly at 11% support. It has the Tories on 40% and Labour on 29%.

However, there are warnings of complacency creeping into the Tory vote, which may encourage some of its supporters to stay at home in the belief that victory is in the bag.

Andrew Hawkins, chairman of the polling company ComRes, said: “While no political party could ever object to breaching the 50% barrier for the first time this century, this spectacular headline result masks a real danger for the Tories.

“The fact that six in ten voters believe Labour cannot win under Corbyn’s leadership bring with it the threat of complacency among Tory (Conservative) voters who may be tempted to sit at home on June 8 and let others deliver the result they expect.”

Mrs May has accepted the warnings and told supporters yesterday: “Just remember the opinion polls got the general election wrong in 2015, they got the EU referendum wrong and, as Jeremy Corbyn has himself said, he was a 200/1 chance for the Labour leadership and look how that went. So we will not be complacent; we will be fighting for every single vote.”

Former Cabinet minister Michael Gove said the Conservatives would be “in for a very nasty surprise” if the party looks upon the election as a “coronation”.

Mrs May looks to be in the mood to kill off the Labour opposition by unveiling a series of policies more commonly linked to the left, including pledges on workers’ rights, controls on executive pay, and caps on household energy bills.

She has been concerned at the so-called JAMs (just about managing) in society and has repeatedly spoken of building a party representing all of Britain, a counter argument to those who accuse the Tories of being the party of the elite.

Principally, she wants to secure a mandate for her own role in Downing Street and, more importantly, to give her the majority she needs as she enters the talks about Britain’s withdrawal from the EU.

A new five-year term would help see the government through those talks and beyond.

Opinion: Have the wheels finally come off the Sturgeon bandwagon?

The SNP’s national executive has ruled not to endorse two sitting MPs as candidates in the general election.

She said she was “very disappointed with the decision”. She has decided not to put herself forward for election. 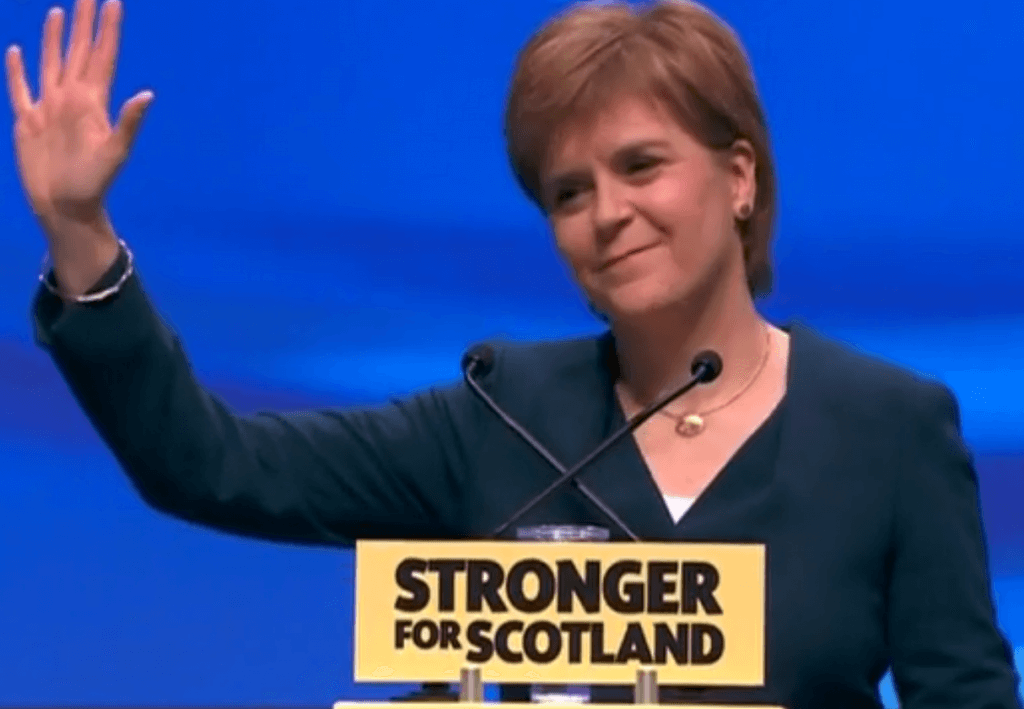 “Only the SNP can stand up to a hard line Tory government at Westminster.

“The SNP will give Scotland a strong voice against austerity, blind pursuit of a rock hard Brexit and a complete disregard for Scotland’s interests.

“The more Tory MPs there are in Scotland, the heavier the price we will all pay, with pensioners now in the Tories’ sights. The Tories think they can do what they want to Scotland and get away with it. We won’t let them. “

Addressing the STUC Annual Congress in Aviemore tomorrow (Monday), Ms Sturgeon will warn against the country falling under the control of hardliners in the Conservative party.

She will say: “We are at the start of an election campaign where competing visions will be put before the people – and one of those visions, the Tory vision, should be ringing alarm bells loud and clear across Scotland.

“Scotland knows there has always been a cost to voting Conservative – but the price of voting Tory at this election has never been higher.

“And it will be those least able to pay that price who will bear the biggest burden.

“The Tories will impose a double hit on Scottish families and communities: A poorer country. And a more unfair, unequal society.

“The truth is the Tories are starting to think they can do anything to Scotland and get away with it – and that means it has never been more important for people across Scotland to think clearly and ask themselves this question: How can we best protect Scotland from the hard-line Tories?”