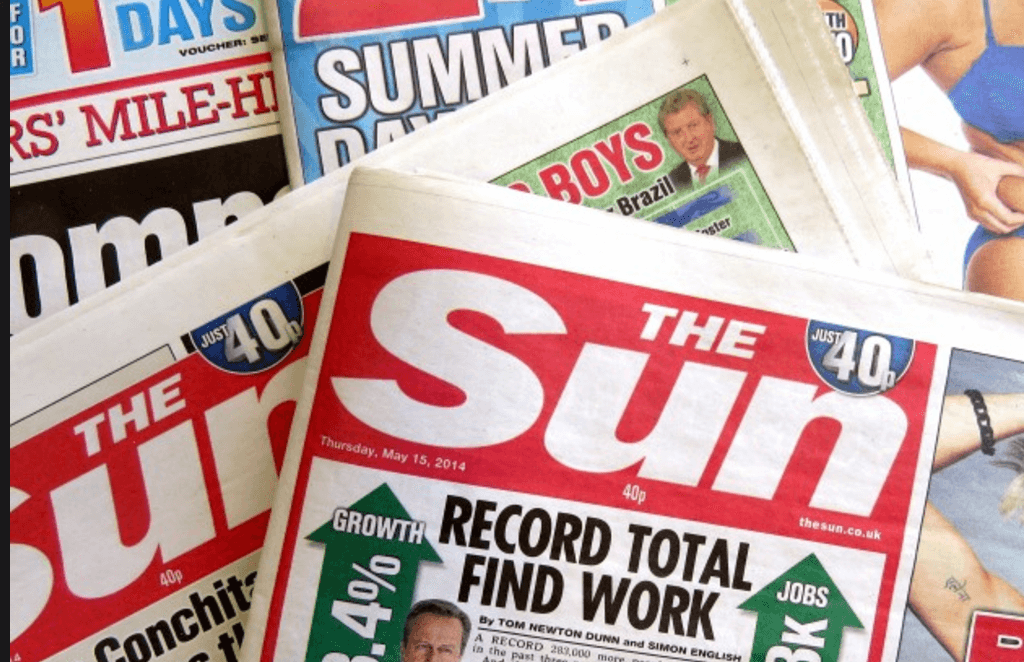 The Sun is under pressure to fire its former editor Kelvin MacKenzie over alleged “racist” slurs as the paper faced a new boycott in Liverpool.

Mr MacKenzie sparked fury after his column on Friday compared Everton footballer Ross Barkley to a gorilla and claimed the only people in the city earning the equivalent of a footballer’s wage were drug dealers.

He was suspended by The Sun which reputedly pays him £300,000 a year for his column, though the paper’s actions were not deemed to be enough by those who felt offended by his comments.

Everton FC banned the newspaper’s journalists from its Goodison Park stadium as fans, players and pundits called on the paper to sack him, and for the company to explain how its editors allowed the column and a picture showing a gorilla’s eyes against those of Ross Barkley, who has a Nigerian grandfather, to be published. 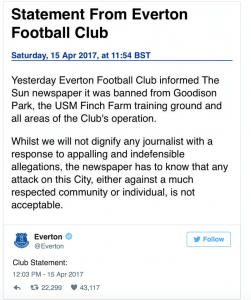 The Sun said it was unaware of Mr Barkley’s roots, even though references to his eligibility for Nigeria have been published. Critics pointed out on social media that the piece would have been seen by a chain of journalists and editors before publication.

There was a particularly angry response throughout the city as the column appeared on he eve of the 28th anniversary of the Hillsborough disaster in which 96 Liverpool fans died. Mr MacKenzie was editor of The Sun at the time when the paper accused Liverpool fans of being partly responsible for the disaster. There has been a city-wide boycott of the Rupert Murdoch-owned title since then.

In his column, Mr MacKenzie wrote: “Perhaps unfairly, I have always judged Ross Barkley as one of our dimmest footballers. There is something about the lack of reflection in his eyes which makes me certain not only are the lights not on, there is definitely nobody at home. I get a similar feeling when seeing a gorilla at the zoo. The physique is magnificent but it’s the eyes that tell the story.

“The reality is that at £60,000 a week and being both thick and single, he [Mr Barkley] is an attractive catch in the Liverpool area, where the only men with similar pay packets are drug dealers and therefore not at nightclubs, as they are often guests of Her Majesty.”

Mr MacKenzie who edited the paper between 1981 an 1994 responded to the criticism by saying it was “beyond parody”.

In its statement, Everton FC said: “While we will not dignify any journalist with a response to appalling and indefensible allegations, the newspaper has to know that any attack on this city, either against a much-respected community or individual, is not acceptable.”

Liverpool’s mayor, Joe Anderson, reported Mr MacKenzie to the police for what he said were “racial slurs”. Merseyside police said enquiries were under way to “establish the full circumstances of the incident.”