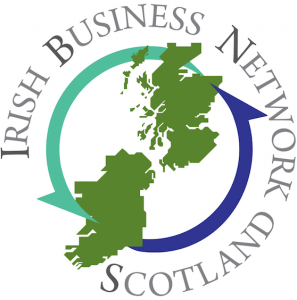 The Scottish and Irish finance sectors are working together to overcome any hurdles that may arise as a result of the UK’s decision to leave the EU.

A joint programme is being organised by the Scottish Irish Finance Initiative, a collaboration between industry experts and academics, including members of the University of Strathclyde Business School.

Leading figures from Scotland and Ireland’s finance communities are meeting tonight at the Irish Consulate General in Edinburgh, supported by Enterprise Ireland and the Irish Business Network Scotland, where they will discuss how bilateral trade can be developed.

The group has received commitments on funding that will allow it to undertake research and publish proposals that can be adopted by government and companies.

Among the topics to be discussed is maintainng Scotland’s asset management industry and how it may work with Ireland’s asset servicing business to develop deeper links.

Another area for growth is the development of fintech, in which Scotland and Ireland have leading capabilities.

The Scottish Irish Finance Initiative believes that through working together both nations can build on the specialisations they have already developed in areas such as blockchain and distributed ledgers.

Danial Broby, director of the Centre for Financial Regulation and Innovation at Strathclyde, and a director of the Scottish Irish Finance Initiative said: “Dublin, Edinburgh and Glasgow are amongst the most important financial hubs in Europe outside of London.

“Surprisingly many financial companies aren’t aware of the opportunities available to them just a short hop over the Irish Sea.

“By concentrating on our strengths, lining up two English speaking centres that share a similar legal system, and focusing on the fintech future, both Scotland and Ireland can turn challenges into advantages.

“What’s also important to note is how our initiative may help firms in London overcome some of the issues associated with Brexit.”

David Clarke, an industry consultant who splits his time between Edinburgh and Dublin, and is a director of initiative said: “In a world where international cooperation is seemingly becoming unfashionable, we want to go in the opposite direction.

“The companies that call Edinburgh, Glasgow and Ireland home are mostly international in their outlook and our project is about finding ways that can reduce the risk they face in a world where barriers are being erected.”

John McGrane, director of the British Irish Chamber of Commerce, welcomed the initiative. “The Chamber is very supportive of initiatives to bring companies together across the Irish Sea.

“Scotland and Ireland have so much in common and the finance industry provides great opportunities for growth in both markets.”

Scotland has a strong mix of larger investment managers, smaller boutique and hedge funds, fund servicing, insurance and banking operations. The financial services industry employs 100,000 people directly, and a similar amount indirectly, generating £8 billion for the Scottish economy. Assets under management stand at £800bn, while Scotland is home to almost a quarter of the UK’s life assurance workforce.

Ireland is a European hub for fund administration, custody and for some of the key operations for international investment banks.  Ireland is home to more than 400 companies in the international financial services sector, employing 40,000 people, and has more than €4 trillion in assets under administration in over 13,000 funds.