Almost half of all fashion items are being discounted by shops seeking to contain rising costs and the squeeze on consumers.

The first three months of 2017 saw UK retailers discounting 48% of all products compared to only 27% in the same period in 2016.

The data shows that while the number of items sold at a discount has soared, the average discount is lower at 41% against 44% last year.

Discounting as a means of increasing product sales has become more common in recent years with reports in 2016 suggesting there has been an estimated 40% growth in the level of discounted fashion and footwear.

Earlier this year Mallzee CEO Cally Russell questioned whether discounting is the best solution for tackling problems faced by retailers (Daily Business 26 January), and claimed they would benefit from better stocking of product ranges. 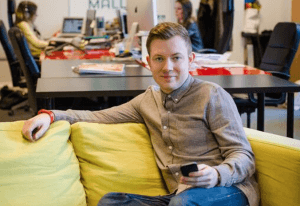 He argues that discounting as a strategy can devalue products with consumers expecting to only pay reduced prices.

Evidence suggests it can lead to more problems. It has been reported that Jaeger – now in administration – had been discounting 75% of its products.

Mallzee data has highlighted other retailers who have jumped from modest levels of discounting (approx 5%) for the first three months of last year to 80+% this year.

Retailers are facing product, staffing and store cost increases whilst at the same time there is a reduction in consumer confidence and thus spending.

Mr Russell, pictured, said: “With 150+ retailers full ranges featured in Mallzee we are in the privileged position of being able to spot trends in retailer habits quickly.

“This dramatic increase in discounting appears to correlate to all the recent warnings on the state of our high streets balance sheet.  I just worry that discounting is a short term sticking plaster solution and that Jaegar and BHS will prove to be only the tip of the iceberg.”