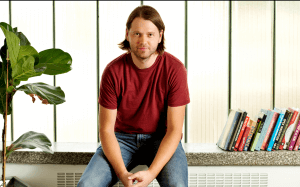 Scottish technology company Administrate, which develops software for managing workplace training, has posted a record quarter for the first three months of 2017.

It has been boosted by sales in the UK and fast-growing markets in the Middle East and North America.

The company has released more than sixty product enhancements during the first quarter including integrations with SurveyMonkey and Xero, a leading cloud accounting platform.

Six months on from opening its second international office at the Beirut Digital District in Lebanon, Administrate has secured a number of new contracts in the region.

These include Jeddah-based Saudi Ground Services (SGS), a publicly traded provider of airport logistics services. It has doubled its headcount in Beirut to support an increase in sales.

Administrate’s existing clients in the Middle East include PwC and Morgan International.  In September it launched an Arabic site and appointed Bob Sabra to run the Middle East and North Africa (MENA) operation.

Administrate’s record quarter follows significant investment in the engineering team during 2016 and a quadrupling of the product headcount.

Administrate CEO John Peebles (pictured) said: “Our mission is to help our customers succeed and the investment we have made in the team and our product is paying dividends in terms of the partnerships we are forming and the expansion of our client base across the globe.“