Oil rises as US launches missile strike on Syria 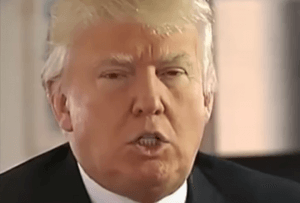 Oil prices leapt this morning after the United States launched a cruise missile attack on a Syrian airbase.

Crude prices rose by as much as 2% on concerns of further instability in the Middle East with Brent hitting a one-month high of $55.66 a barrel.West Texas Intermediate, the US benchmark, jumped by 1.7% to $52.57 a barrel.

Gold, the Japanese yen and government bonds all saw prices rise after the attack was confirmed.

Markets initially reversed early gains and moved into risk-off mode after the strikes but began to recover. By about 8am (GMT) the Nikkei was up 0.52% having been up as much as 1.00% initially then down as much as -0.44% following the news. The Shanghai Comp (+0.25%) was at its highs after initially fluctuating between gains and losses.

The US Pentagon said 59 Tomahawk cruise missiles were fired at 4:40 Syrian time (01:40 GMT) from destroyers in the eastern Mediterranean.

President Donald Trump said the strikes were aimed at an airfield from which a poison chemicals attack was launched earlier this week.

In a strongly-worded attack on Syrian President Bashar al-Assad he said the regime had “launched a horrible chemical weapons attack on innocent civilians”.

He aid he had acted in America’s “vital national security interest” to prevent the use of chemical weapons.

“Tonight I call on all civilised nations to join us in seeking to end this slaughter and bloodshed in Syria and also to end terrorism of all kinds and all types,” he said.

Mr Trump is meeting  Chinese President Xi Jinping and appears to be toning down his aggressive policy statements.

One analyst said he is taking a more diplomatic attitude towards China.