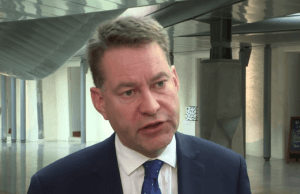 The replacement for stamp duty has been criticised in a study commissioned by the Scottish Government.

Experts appointed to look at the land and buildings transaction tax (LBTT) say the modelling was “ill-suited” and “poor”.

Alma Economic says the SNP’s methodology isn’t good enough to make proper predictions for how much revenue will be raised.

LBTT is expected to fall well short of the targets set by John Swinney when he introduced the tax as Finance Secretary in 2013.

The study entitled A Review of Tax Revenue Forecasting Models for the Scottish Housing Market’ describes the methodology used by ministers as “ill-suited for scenario analysis and fiscal impact costing”.

It also ranked the model used for LBTT as “poor” for both policy application purposes and for its ability to explain underlying trends in the housing market.

The report was commissioned by the Scottish Government in response to recommendations by the Scottish Fiscal Commission to explore model options for forecasting the housing market for LBTT.

Scottish Conservative shadow finance secretary Murdo Fraser (pictured) said: “The SNP has woefully misjudged how much it is going to receive from the LBTT changes.

“It’s no wonder the SNP got its sums so badly wrong when the proper modelling wasn’t even in place for making these forecasts.”