Party steps up battle over economy 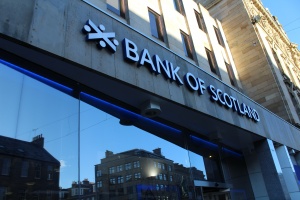 He will today warn that many communities are now unable to access basic services and point to the higher failure rate among small businesses where a branch has closed.

Mr McDonnell will spell out plans to give regulators the powers to block closures as hundreds of branches across the country face the axe.

He will say that more than 1,000 high street banks have closed in the past two years, despite government policies designed to stem the flow of closures.

His comments today are the latest in a series of announcements by Labour which wants to prove its credentials for managing the economy.

This week it has declared that it will take action on late payments and that it will force companies winning public sector contracts to abide by a number of conditions.

Mr McDonnell said Labour would bring in a new law to force banks to keep branches open, pointing out that the sector made £11 billion from high street operations in 2015 and “can afford” to provide the service.

“High Street bank closures have become an epidemic in the last few years, blighting our town centres, hurting particularly elderly and more vulnerable customers, and local small businesses whilst making healthy profits for themselves,” he said.

“It’s time our banks recognise instead that they are a utility providing an essential public service.

“Only Labour will put in place the legal obligations needed to bring banks into line and stand up for our High Streets, communities and small businesses.”

The coalition government agreed an ‘Access to Banking Protocol’ with major banks in 2015. The agreement was intended to prevent banks from closing branches unless “suitable alternative provision” was provided locally.

However, the number of closures has continued to grow with 2017 on course to see record numbers of closures.

Under Labour’s policy, the Financial Conduct Authority will be given powers to prevent closures unless five criteria can be met, including that the “closure of the branch must not make the local community worse off.”

He said that once Britain leaves the EU the UK Government will have new powers to let councils prioritise local companies when they are buying in services.

“National and local government spends £200bn per year in the private sector. That’s an incredible purchasing power, which we can use to support the good companies and improve the behaviour of the bad ones that undercut with unfair practices,” Mr Corbyn said in a speech in Doncaster.

“Under the next Labour government, Britain will subsidise bad corporate behaviour no longer. Our business partners should have the same values we as a country hold: enterprise, fairness, high-quality service and doing right by everyone.”

Speaking to members of the Federation of Small Businesses on Tuesday Mr Corbyn described late payments as a “national scandal” which was holding back small companies and restricting economic growth.

He said businesses would have 30 days to pay their supplies the full amount they are owed.

He accused E.On, Capita, BT Group, Vodafone, National Grid and Marks & Spencer for holding large cash piles that “do not belong to them”.

Mr Corbyn said approximately 50,000 small firms are being forced to close every year as a result of large companies withholding payments from suppliers.

Mr Corbyn said that under a Labour government any company bidding for a public sector contract would have to pay its own suppliers within 30 days.

Labour will also consider a system of binding arbitration with fines for persistent late payers in the private sector.

“Some of the biggest names in business are holding cash piles that don’t actually belong to them. It’s a national scandal. And it’s stopping businesses from growing and causing thousands to go bust every year. It kills jobs and holds back economic growth.”

Mr Corbyn will also pledge not to increase corporation tax for small firms and say Labour would scrap quarterly reporting for companies with a turnover of less than £83,000 a year, if changes are introduced next year.