Improvement in oil and gas gives lift to economy 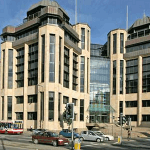 Scotland’s financial and business services sector has rebounded partly as a result of a “significant improvement” in the prospects of the oil and gas industry.

The trend emerged in the latest survey on the economy by the Fraser of Allander Institute and the Scottish Chambers of Commerce.

Neil Amner, chairman of the Chambers economic advisory group, said: “In January, our survey warned that Scotland’s economy stood on a knife edge and these latest figures point to continued subdued performance in the early part of this year.

“However, the picture across the various sectors is less even than it was at the end of 2016, with the manufacturing sector recording very encouraging results, again driven by exports.

“The financial and business services sector has also rebounded significantly from its position at the beginning of 2016, though this is at least in part as a result of a significant improvement in the prospects of oil and gas service sector businesses from a low base.

“The outlook for construction is again fairly flat and performance in both retail & wholesale and in tourism looks to be negative in comparison to the same period last year, though the first quarter has in the past proved to be a difficult period seasonally for both sectors.

“Warning signs continue to be manifested in terms of higher prices; for example, the retail and wholesale sector has reported its highest prediction of price rises since the third quarter of 2011: a time when inflation stood at over 5%.

“There are also worrying signs of declining investment trends, particularly in the tourism sector, which has suffered as a result of this year’s business rates revaluation.

“Uncertainty is the word that is on everyone’s lips.  Whether as a result of Brexit, the upcoming General Election, or the prospect of a Scottish independence referendum, it is certainly a feature of business life in Scotland at the moment.

“To help businesses to deal with that and to get back to investment and job creation, we need a clear steer from our Governments north and south of the border that business success is a clear priority.  As we approach a General Election, we expect the political parties to pledge targeted tax cuts, potentially including a temporary cut in VAT, in order to bolster consumer demand.”