Goodwin due in court over RBS cash call claim 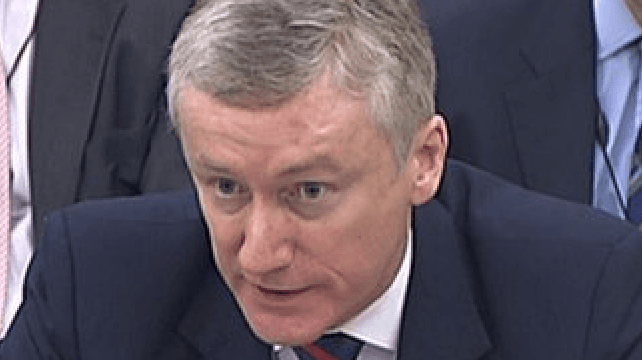 Former Royal Bank of Scotland chief executive Fred Goodwin and two of his board colleagues are due in court in early June to answer claims that they misled investors in 2008.

Mr Goodwin is scheduled to appear on June 8 and 9. Tom McKillop, who chaired the bank at the time of a a £12 billion cash call, is listed for June 7.

The former boss of the lender’s investment banking arm, Johnny Cameron, will appear on June 12. The case is scheduled to start in May.

A civil lawsuit has been brought against the bankers by thousands of investors who bought shares in the rights issue and subsequently lost most of their money when the bank collapsed later that year.

The bank raised the funds shortly after completing the ill-fated acquisition of the Dutch bank ABN Amro. But within months RBS itself had to be rescued in a £45.5bn taxpayer bailout.

It will be a rare public appearance for Mr Goodwin who took the blame for all that went wrong in the banking sector.

He has continued to live in Edinburgh and found a short-lived post with an architecture practice, but has otherwise said nothing about the collapse of the bank, nor sought other positions.

He was stripped of his knighthood but kept an annual pension of £342,500.

The shareholders are suing for compensation, alleging that RBS failed to accurately declare the state of its finances at the time of the cash call. RBS has denied the allegations.

More than 95% of the shares offered at a discounted price of 200p per share in late April 2008 were taken up by investors, leaving a “rump” of nearly 300m shares with the underwriters – Goldman Sachs, Merrill Lynch and UBS.

The issue – the largest in European markets –  was hailed a success. A week before the issue closed in June of that year RBS announced that the trading guidance it had given at the time of the rights issue was appropriate for the group and its divisions.

However, investors were beginning to show nervousness over the bank’s determination to win ABN Amro despite worsening market conditions which were said to have necessitated the rights issue.

It was accompanied by heavy write-downs on the value of complex debt securities, and disposals, such as its stake in Tesco Personal Finance, now Tesco Bank.

> A group representing private shareholders is demanding the current RBS chairman Sir Howard Davies steps down over his management of the bank.

ShareSoc is UK’S largest representative body for individual investors and has recommended shareholders vote against Sir Howard’s reappointment at the annual general meeting next month.

ShareSoc argues that he must bear responsibility for what it regards as an attack on shareholders’ rights. It also wants shareholders to reject the pay policy.

Any vote is likely to be largely symbolic as private shareholders own a small number of shares. Sir Howard was appointed by the Treasury which owns more than 70% of the bank’s stock.