Five a side firms may combine 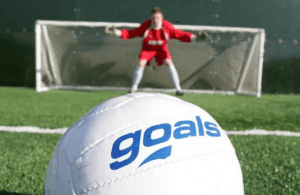 Goals Soccer Centres, the five-a-side football company, is in talks with Powerleague about a potential £170 million merger.

London-listed Goals issued a statement today that it had held discussions with privately owned Powerleague, both established in Scotland.

The pair operate about 100 sites in the UK, Ireland, the Netherlands and the US.

Goals has recently undergone a board shake-up and begun to turn around its fortunes.

The two companies have held previous talks on a tie-up. In 2012, Patron Capital, Powerleague’s owner, made a bid approach for its quoted rival, only for Goals to announce a recommended £73m offer from Ontario Teachers’ Pension Plan.

However, it failed to secure the required level of shareholder support, killing the deal.

In its statement today East Kilbride based Goals said: “The board of Goals notes the recent press speculation concerning discussions with Powerleague and the possibility of combining the two businesses.

“The preliminary discussions with Powerleague are but one of the strategic opportunities currently being assessed by the Goals Board. Furthermore, at this stage, no commercial or financial terms have been agreed and no decision on any course of action has been made by the Board. There is therefore no certainty that any transaction will proceed.

“Notwithstanding the above, the board and the executive are highly focused on delivering the plan announced in June 2016.

“The company will provide a further update in due course when appropriate.”

A deal would bring the two of the market leaders together and almost inevitably spark a competition inquiry.