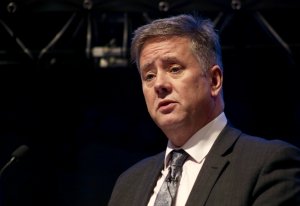 Four design consultancies have been shortlisted for the 26-mile stretch of the A96 between Huntly and Aberdeen.

The contract for the eastern section of the Scottish Government’s ambitious programme to dual the A96 from Inverness to Aberdeen is worth up to £50m is expected to be awarded later this year.

Economy secretary Keith Brown (pictured) said: “When this contract is awarded later this year, design work for the eastern section will step up a gear with route option assessment work getting underway.

“This contract will also provide the successful bidders with steady work for years to come and many more opportunities for small and medium enterprises through subcontracted work, so it will be a boost for the local and national economy.

“At the same time, we are progressing other parts of the A96 Dualling programme with draft orders published for the Inverness to Nairn (including Nairn Bypass) late last year.

“Design work is also under way for the western section between Hardmuir and Fochabers and we hope to let the public see and comment on the options being developed in the summer.”