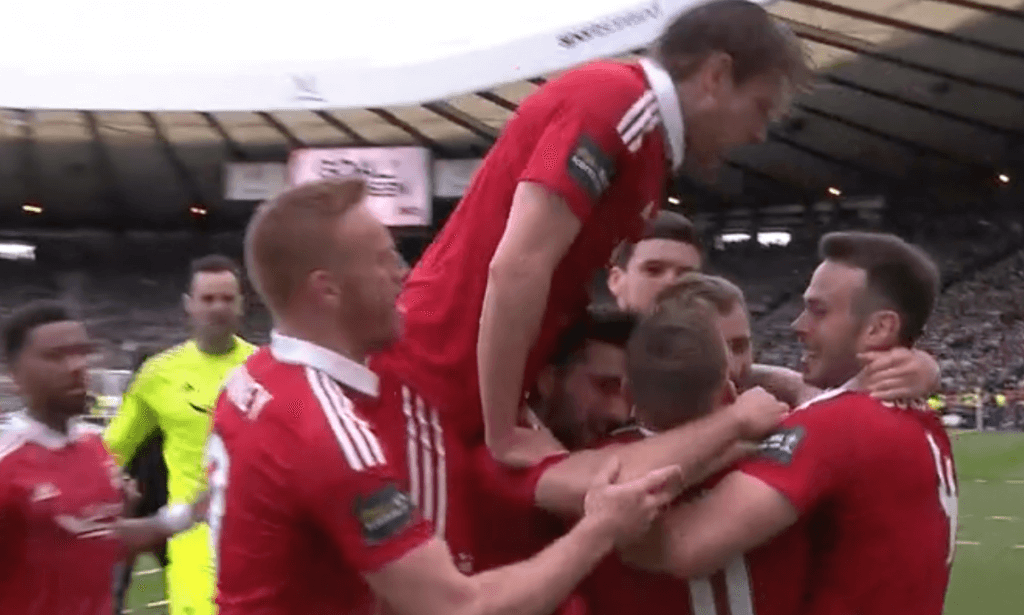 Aberdeen booked their place in the final for the first time in 17 years after the holders forfeited the trophy with a cruel deflection to settle a pulsating semi-final tie.

The Dons led 2-0 after 25 minutes only for Hibernian to force their way back into the reckoning with two goals either side of the interval.

It was an error in defence that saw the Edinburgh club fall behind after 12 seconds and when Jonny Hayes’ shot was deflected off Darren McGregor’s knee for Aberdeen’s third it seemed that luck was not with the Easter Road club.

Hibs keeper Ofir Marciano joined the attack at the end and came close to scoring in the final minute with a fine header from a Jason Cummings corner which was gathered by his diving counterpart, Joe Lewis.

The game appeared to be out of Hibernian’s reach after Ryan Christie added to Adam Rooney’s opener, but the holders snatched a goal back just before half-time when Grant Holt met a perfectly timed cross to head home from close range.

Dylan McGeouch’s second followed a spell of Hibernian domination and they looked the most likely to go on and win the game.

But the Premiership side maintained their composure and Hayes’ strike four minutes from normal time settled a good advert for the Scottish game.

Aberdeen striker Adam Rooney said: “It was a difficult game. We got off to a great start but we knew they would come back at us. Hibs are a good side.

“We’ve scored a lot of late goals this season and we’ve always got someone who can come up with one.”