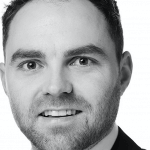 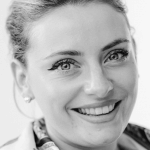 After representing Scotland in international cricket for more than six years, Mr Mommsen announced in 2016 he would be leaving competitive sport for an opportunity in the corporate world. He has joined the company as a property buyer for Edinburgh.

He will work within the property buying team to acquire prime residential properties throughout the city on behalf of the company’s investors. Prior to his cricket career he trained as quantity surveyor and worked for global engineering firm Black and Veatch.

Speaking about his change from the world of competitive sport, he said: “I’ve always had a passion and interest in property and invested personally when I played cricket.

“My previous experience with Black and Veatch gave me a strong grounding in the necessary skills and commercial awareness required and after being introduced to co-founder Colette Grant I was offered a job. It was an opportunity I grabbed with both hands.”

He is also studying part-time for a BSC in Property Development and Valuation which he is due to complete in 2018.

Ms Perry joined the company earlier this year as associate director of investment and will focus on developing Grant Property’s UK and international growth strategy.

A finalist in last year’s Young Banker of the Year, she was previously with Tesco Bank where she entered the graduate scheme and became International Commercial Development Manager.

A graduate of Strathclyde University and former Saltire Scholar, she previously interned at Entrepreneurial Scotland and through this met Colette Grant.

She said: “My role will focus on driving UK and international growth, specifically through the development of high-earning portfolios for the company’s high and ultra-high net worth investor network. Wealth management has been a long-term career goal and I am looking forward to working with the team and to increase Grant Property’s client base in the Far and Middle East.”

John Moran, managing director, said: “Both Preston and Nicole are fantastic additions to our expanding team.”