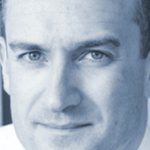 Property consultant CBRE has poached a senior director from Cushman & Wakefield to join its advisory & transaction services team in Glasgow.

Andy Cunningham, who acted for asset manager State Street on its move to Quartermile in Edinburgh, spent more than ten years as a partner and head of the office agency team at Cushman & Wakefield in Glasgow.

He also worked with Knight Frank and Lambert Smith Hampton after starting his career at Richard Ellis which later became CBRE.

He will work alongside fellow senior director Audrey Dobson.

Miller Mathieson, head of CBRE Scotland, said: “It is particularly pleasing that someone of Andy’s experience has chosen to further his career at CBRE.”