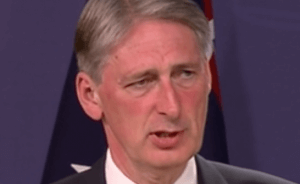 The chancellor has hinted that the Conservatives may drop their pledge not to raise income tax, national insurance or VAT.

His comments follow the embarrassing U-turn on raising national insurance contributions for the self-employed which Mr Hammond announced in the Budget.

He gave no clear pledges today but his latest statement suggests he wants the party to go into the General Election without its hands tied on tax.

“We do need flexibility to manage the system and we do need to make sure that Theresa May and her government have a clear mandate to execute our plan,” he said.

“But what we put in the manifesto will be decided in the next few days and we will publish that.”

Mr Hammond’s comments have raised the prospect of him re-introducing the self-employment tax rises and of other taxes rising.