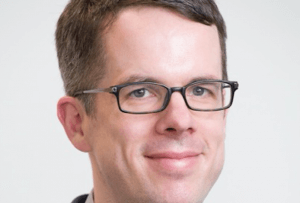 “[They] love luxury; they have bad manners, contempt for authority; they show disrespect for elders and love chatter in place of exercise.” And as if this weren’t bad enough: “They are lazy, entitled narcissists.”

Whatever have millennials – broadly defined as those born between the early ‘80s and late ‘90s – done to deserve such scorn? For writer Joel Stein, the author of the second of the above quotes, the evidence is overwhelming: a higher incidence of narcissistic personality disorder, an obsession with celebrity, and a striking lack of ambition are just three of the characteristics marking this benighted generation.

To pile shame onto ignominy, this week yet more evidence surfaced of the supposed fecklessness of these children of the ‘80s and ‘90s. In a survey of 1,000 millennials across the UK, conducted by financial-planning startup Finimize, almost 60% couldn’t explain what an ISA is, with half of respondents stumped by all eight common financial terms cited in the questionnaire, a list including such chestnuts as “equity” and “bond”.

But demonstrating that their priorities weren’t entirely skewed, the survey also revealed that – while just 31% are scraping together a deposit for a house – fully one in three is saving for a holiday.

Altogether, a most damning indictment. Except, it may well have been nothing of the sort.

As various reports have suggested, and depending on how one measures such things, millennials are better educated and perhaps more intelligent than any preceding generation.

Just as important in making assessments about financial literacy is understanding whether these trends have worsened over time – whether we are, indeed, seeing the maturing of a uniquely finance-phobic cohort of young adults.

Though this particular survey didn’t provide analysis across age groups, evidence from other studies suggests that in the UK at least, discomfort with financial concepts is inter-generational.

And even if millennials are somewhat less financially savvy than their forebears, this should perhaps come as little surprise: many of this generation, after all, came of age during one of the worst financial crises of the century, a time when trust in everything finance-related – most definitely including the big financial institutions that remain so eager to dish out advice – was so completely shredded.

As they ever were in financial matters, understanding, engagement and informed action boil down to trust. Of course, millennials no doubt respond to specific forms of communication better than us Gen-Xers (and those before us), but the notion that they are somehow uniquely ill-equipped to deal with the worlds of money and finance is surely very wide of the mark.

Whether talking to more seasoned savers or people taking their first steps into the world of investment, the financial industry can go a huge way to instilling trust, and solving shortcomings in understanding of its work, by sticking to an age-old lesson: make communications as clear and transparent as possible, while studiously avoiding the kind of insidious, insider language that so alienates your audience.

And if you’re still convinced that millennials warrant particular levels of alarm, remember this: those “lovers of luxury” mentioned in the lead paragraph aren’t millennials, but young ones during the time of the quote’s source, ancient Greek philosopher Socrates.