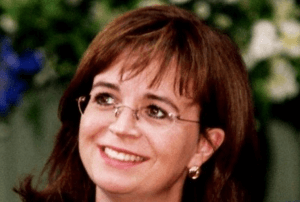 ICAS has appointed one of Scotland’s senior lawyers, Dame Elish Angiolini (left) as chairman of its discipline board, and former Scottish LibDem leader Jim Wallace, Lord Wallace of Tankerness to its regulation board.

Ms Angiolini takes over the role from sheriff principal James Taylor. She will play a key role in upholding policy and procedure of disciplinary arrangements to the highest standards.

During her time as Lord Advocate, she played a key role in transforming the Scottish prosecution department, implementing a wide-ranging programme of modernisation after which the department was widely hailed as an exemplar body in the Scottish government.

She said: “ICAS is an exemplary educator, examiner, regulator and thought leader. I look forward to contributing to the success of another renowned educational establishment, and supporting the important work carried out by the members of the Discipline Panel, the Appeal Panel and the Independent Examiner.”

ICAS chief executive, Anton Colella said: “The appointment of Dame Elish as chair of the Discipline Board ensures ICAS has the strongest legal expertise overseeing our disciplinary arrangements.

“Dame Elish’s capacity to act fairly and in the public interest speaks to the integrity of ICAS. The ICAS Discipline Board, under the leadership of Dame Elish Angiolini, will ensure ICAS meets the standards expected of us, from our members and the public. We look forward to the valuable contribution she will make to the work of ICAS.” 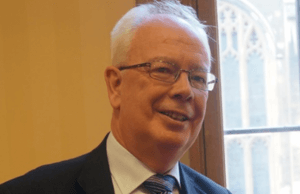 Lord Wallace (left) joins the regulation board as a public interest member, with a view to taking over as chairman in December.

He commented: “My association with ICAS goes back to the 1990s, when I was the Institute’s parliamentary adviser, and I am delighted to be working with them again as a public interest member of the Regulation Board.

“ICAS has a proud heritage of training leading lights of the accountancy profession and business world. As a member of the Regulation Board I will support ICAS in its aim to deliver a developmental regulatory regime that inspires public confidence, and equips members to remain at the forefront of the profession.”

Mr Colella said: “Lord Wallace’s appointment to the ICAS Regulation Board strengthens our work in the public interest. He is one of the most distinguished politicians in the country.

“He is a man of the utmost integrity, with a command of the law that will ensure the Regulation Board is held in the highest regard. I am sure the contribution that Lord Wallace will make to the work of ICAS will be hugely valuable and significant.”