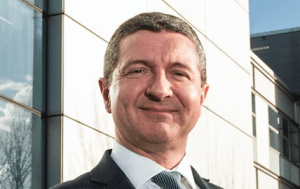 BT has appointed David Wallace, to head up its public sector business in Scotland.

He will lead a sales team of 15, including four other new appointments, with a focus on building local relationships and driving business with Scottish agencies such as local authorities, NHS boards, universities and housing associations. Further recruitment is expected this year to expand the team.

At BT he will be focused on increasing market share. One of his first tasks was to outline BT’s digital strategy for Scottish towns and cities to a cross-party audience at the Scottish Parliament.

He said: “The public sector remains under enormous pressure to reduce costs and be more efficient, against a backdrop of increasing demand for digital social care and other essential services.

“The way the public sector procures IT business has changed dramatically in recent years, with an end to large, centralised contracts, and more localised decisions and sharing of services.