Investment on hold over uncertainty 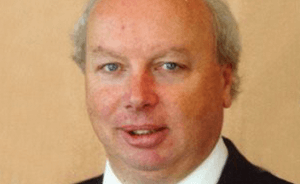 A businessman has warned he will withhold investment in Scotland as uncertainty around a second referendum on independence threatens to stunt business growth.

His warning comes as the Fraser of Allander Institute at Strathclyde university says economic growth is likely to remain weak for the next few years, with the continuing low oil price and the Brexit negotiations also weighing on investment sentiment.

It says: “Whatever the views are over the long-term risks and opportunities from independence, it is clear that we are entering an unprecedented period of political and economic uncertainty.

“With an economy struggling with the effects of a low oil price, the uncertainty caused by ongoing Brexit negotiations and a second independence referendum is likely to act as a further headwind for many businesses and potential investors.”

Graeme Roy, the institute’s director, said: “It is vital that attention turns to practical policy initiatives that will support businesses, secure new investment and create jobs – whatever the constitutional settlement.”