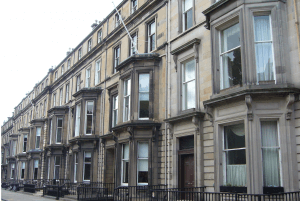 Owners of new luxury flats in an Edinburgh development will be barred from letting them to tourists and other short term visitors in order to protect the privacy of residents.

Dunedin House Properties is converting two town houses in the city’s west end into 10 top-end apartments and has inserted a “no holiday lets” clause in the title deeds.

Buyers will be able to rent them as long term but not on a short term basis on sites such as AirBNB or booking.com.

Stuart Peters of developer DHP said: “We are in the process of creating luxury apartments for which buyers will be paying premium price.

“Those who intend to live there need to know that neighbouring flats will not have a constant stream of visitors.

“Whilst many tourists respect the peace and privacy of those around them, there are some whose behaviour leaves much to be desired.

“We are also aware that this is a huge business in Edinburgh, but these one-night wonders are often on full party mode whereas owners and long term residents have life and work which can be badly disrupted.”

The flats are in the former offices of investment company Brewin Dolphin in Drumsheugh Gardens, a late 19th century block in the new town,

They were built for residential purposes around a garden, but by the end of the 20th century most of the buildings were in commercial use.