Scotland’s first dedicated pre-seed technology accelerator is to open in Edinburgh with a mission to trigger Scotland’s next billion dollar startup.

Seed Haus is raising an innovative new angel-backed fund to create the environment needed to produce scaleable startups in emerging markets, such as fintech and the internet of things (IoT).

It is being steered by experienced start-up pair Robin Knox and Calum Forsyth.

Mr Knox, who is chairman, is the co-founder and former CEO of intelligentpos, one of Scotland’s fintech startups, which he built into a team of more than 40 with a seven figure turnover. It was sold last year for an undisclosed sum to iZettle.

Mr Forsyth is a PhD scientist and former financial risk consultant with KPMG, who led the accelerator programme at Strathclyde university where he advised more than 200 early stage founders including Pick Protection, Storii, and Estendio. He will be Seed Haus’s CEO.

Mr Knox said:  “I believe we need to take a fresh approach to funding the ideas that could become scaleable startups.

“Edinburgh is erupting with innovation and the ecosystem is ripe for Seed Haus to make a real difference.  We chose to headquarter Seed Haus in Edinburgh because the city has global ambitions and has already shown the world what it can do.

“But, if Scotland is to see another unicorn we need to keep innovating around how we incubate ideas so they are ready for seed investment.”

More than 84,000 currently work in digital technologies roles across Scotland, generating more than £5 billion in GVA. According to KPMG’s Tech Monitor, the number of tech sector enterprises in Scotland grew 43.4% between 2010 and 2015, second only to London (54.6%). 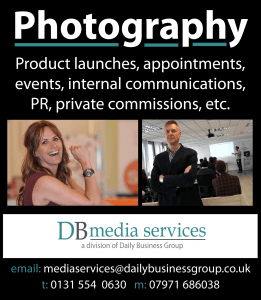 Seed Haus is sharply focused on building startups in emerging markets and leveraging insight from data sources such as CB Insights, CrunchBase, and Mattermark is key to this.

Critical to identifying the right ideas will be the input of thought leaders and corporate innovation specialists like Alisdair Gunn, director of Framewire, a leading figure in the international tech sector, and Seed Haus’s strategic adviser.

Mr Forsyth says: “Our goals may seem audacious but we believe passionately in the pre-seed accelerator programme we have created, taking best practice from around the world and marrying this with our own insight of the unique environment in Scotland.

“I have often wondered about how many great startups, quite simply, never get the chance to start.  The reality of people’s personal circumstances don’t always lend themselves to the traditional startup path. If I were looking to leave full-time employment to realise my entrepreneurial ambitions, I would apply to Seed Haus.”

Mr Knox adds: “I’m convinced IPOS could have grown even faster in the early days if we’d had access to a better working environment.  When your business is just starting out, you have the least access to support, it seems like the system is only set up to help businesses that make it into high growth, almost when you don’t need the help any more.  Doesn’t that seem odd?”

They believe Seed Haus fills a gap in the market – specifically, the lack of resources available at the crucial pre-seed stage.

Seed Haus aims to help startups get off the ground with funding to cover living costs making it possible to leave permanent employment, and provide space to flourish.

The accelerator will operate as a social enterprise, and is applying for accreditation as a B Corp, committed to achieving high levels of social and environmental accountability.