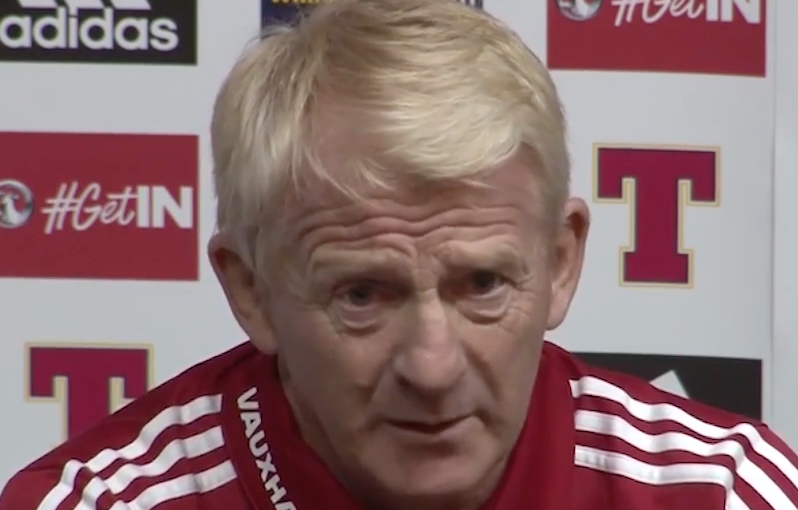 Gordon Strachan was prepared to take the current indifference among supporters on the chin as he unveiled his plans for this week’s international double-header.

Scotland host Canada in a friendly at what is expected to be a poorly-attended Easter Road stadium in Edinburgh on Wednesday.

The match, however, is regarded as vital to give some match practice to players who are not getting regular games for their clubs and to try out some newcomers who may rejuvenate flagging morale in the squad.

He hopes that a win will give the team a much-needed boost for their more important World Cup qualifying tie against Slovenia which has become a must-win encounter if Scotland are to have any hope of qualifying for the 2018 tournament.

With only four points from four games, ticket sales have been poor for the Canada match in the capital.

“There is a disappointment among the fans, but that can all be changed by one result,” said Strachan at a briefing.

“We have to change that and hopefully we can do that with a good result on Wednesday, but the main thing is beating Slovenia on Sunday.

“What we’ve got to do over the next couple of games, especially on Sunday, is make them feel better about themselves.”

Scotland’s lost 3-0 to Group F leaders England in November, which has left Strachan’s side in fifth place.

He said the supporters thought the Scottish players “did as well as expected”, adding: “What they didn’t expect was three shots at goal and three going in.”

He said he would be “using the game to make ourselves feel better” and to give those who have not played for a while as many minutes as they can manage.

“If you look at our five strikers, only one of them started at the weekend and it didn’t just happen at the weekend, it’s happened before,” he said.

West Brom winger Matt Phillips and Newcastle United defender Grant Hanley pulled out of the squad on Saturday through injury.

Phillips’ club-mate, James Morrison, could be available to face Slovenia despite missing Saturday’s win over Arsenal with an ankle injury.

Linkedin
Gordon Strachan, Scotland v Canada, Scotland v Slovenia Sport No Comments » Print this News
Plan for when your business does not include you Previous News
Next News Griggs to oversee HBOS Reading review for Lloyds