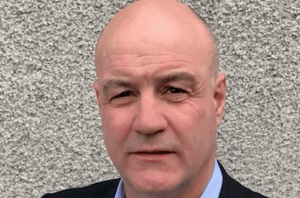 When news began to spread of a terror attack in London, some stores in Mayfair and Knightsbridge were immediately alerted thanks to an app being trialled by a Scottish security company.

The app is free to all users, and stores can send alerts to every user on the network, including members of the public, that an attack is taking place.

Mr Gilmour said: “I got the idea after the Bataclan attack in Paris. I couldn’t shake the thought of the fact that people were still ordering food and drink, having a normal evening, when people were being murdered just feet away.

“I designed Spotlight to allow stores and service businesses to co-ordinate their response – both to theft and shoplifting – and to tragedies like Paris and London. With an attack like Wednesday, it all happens so quickly, and waiting for a news report just isn’t an option.”

Mr Gilmour, who was one of the most qualified surveillance trainers in the country, said: “If the app saves even one life, it’ll be absolutely worth it.

“This was never a financial decision for me. I wanted to make something that would make a difference, and we’re going to roll it out to as many people as possible, in order to get as comprehensive coverage as we can.”

Once the app is live, and coverage increases, Vigilo plans to liaise with both the Metropolitan Police Service, and Police Scotland, and to provide access to the network in times of emergencies.