Interest from around world 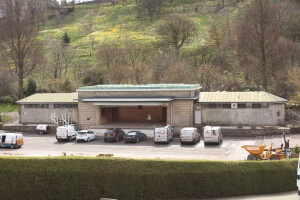 A plan to replace the Ross Bandstand in Edinburgh’s West Princes Street Gardens has attracted worldwide interest from architects and designers.

Entries from 125 teams spanning 22 countries including Australia, Japan, India and the United States and made up of 400 firms have been reduced to seven finalists by the Ross Development Trust which is working with the City Council and Malcolm Reading Consultants to create a £25m venue.

Each of the finalist teams is led by an architect and are listed below:

Councillor Richard Lewis, culture convener council, said: “The response to the competition’s first stage affirms the worldwide interest in Edinburgh and its association with the arts. Scotland’s capital is renowned as the World’s Festival City and the home of culture – and designers clearly want to be part of its future.

“The brief at stage two asks for a serious piece of architecture but one that’s also celebratory – it will be fascinating to see what concepts the teams produce.”

Chairman of the Ross Development Trust and competition jury chair, Norman Springford, said: “We were absolutely delighted by the response of designers from around the world to the competition’s first stage.

“The quality of the 125 teams on the long list sent a strong signal that the international design community regards this as an inspirational project for Edinburgh that has huge potential to reinvigorate this prestigious site.

“Selecting the shortlist with our partners from City of Edinburgh Council was an intense and demanding process. We’re thrilled that our final shortlist achieved a balance of both international and UK talent, emerging and established studios. Now the teams will have 11 weeks to do their concept designs – and we’re looking forward to seeing these and sharing them with the public.”

Competition director Malcolm Reading added: “This is an exceptional project – the interest from the website audience and the number of enquiries we received was far out of the ordinary. We appreciated the care and hard work that had gone into the submissions – to those who are disappointed not to make the shortlist, take heart: overall, the standard was very strong.”

The finalists will be invited to visit the site in April and will have until June to produce their concept designs.

A public and digital exhibition will be held by the Ross Development Trust this summer to showcase their concept designs and to receive local feedback, with a winner expected to be confirmed in August 2017.

Construction is expected to begin in 2018.