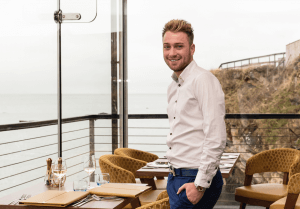 One of Scotland’s most striking dining locations – the glass and steel cube Seafood Restaurant in St Andrews – has been acquired by young entrepreneur, Stefano Pieraccini.

The 22-year-old graduate in marketing and commercial management, takes over from Tim Butler who has sold up in order to focus on his brewing business.

The rebranded Seafood Ristorante sits adjacent to the Old Course on the town’s Bruce Embankment, overlooking the North Sea and the new owner said he had invested £100,000 in rebranding and refurbishment.

“I have been born and brought up in a family whose entire focus has been on the restaurant trade and from the time I worked in the catering industry as a kitchen porter at the age of 14 I have dreamed of running my own restaurant,” he said.

“I consider myself very lucky to be in charge of a restaurant in such a spectacular location; there are not many places in the world where you can sit in a warm, comfortable restaurant eating oysters while the tides of the North Sea are splashing off the window in front of you.”

Stefano will be mentored by his father, Adrian Pieraccini, a restaurateur who previously owned the Rocca restaurant in the Fife town and, before that, the five-star Rocpool hotel and restaurants in Inverness.

The menu will be under the guidance of former Michelin star chef Davy Aspin, who is a long-term associate of the Pieraccini family’s restaurant businesses.

He will be supported by head chef Ian Syme and Jamie MacKinnon who this month was named Scotland’s Young Chef of the Year. Jamie protégé of Michelin star chef, Tom Kitchin.

The number of covers will almost double from 44 to 80 and staff numbers will rise to 30 with all existing jobs in the restaurant safeguarded.

Mr Butler, who has owned the Seafood Restaurant since 2003 is selling-up to focus his attention on expanding his £1m turnover St Andrews Brewing business.

He said: “I was the same age as Stefano when I opened my first restaurant and I recognise his enthusiasm to build on what has been achieved so far and to take his Seafood Ristorante to new heights.” 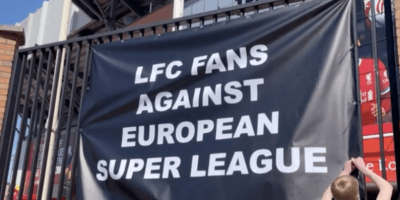