Strachan looking for salvation from Slovenia 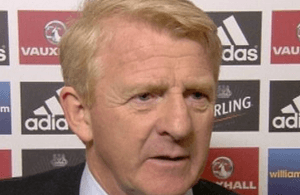 Scotland may have faced the team ranked 117th in the world at Easter Road but for under-fire manager Gordon Strachan the friendly with Canada was always going to be a lose-lose situation.

A thumping win over the minnows would have seen everyone claiming that was expected; a demoralising defeat would have had the critics baying for blood just days before a do-or-die World Cup qualifier against Slovenia at Hampden Park.

A full-strength team runs the risk of injuries to key players, while an experimental line-up can bring its own on-field problems.

In the event, the 1-1 draw on a bitterly cold night in Leith did nothing to warm the hearts of those looking for some signs of positivity ahead of Sunday’s must-win encounter.

Falkirk’s Fraser Aird put the visitors into a shock first-half lead, with Steven Naismith netting a face-saving equaliser before the interval.

The Scots boss claimed to have learned a lot from the international, which attracted fewer than 10,000 fans to a stadium which can house more than double that figure.

“We found out so many things,” Strachan said. “It’s very hard for players who are not playing regularly to turn on the magic and feel really good about themselves.”

So why play them?

Perhaps it would have been wiser to resist the temptation to play the fixture as a World Cup warm-up. Maybe working closely with the squad at a training camp in the days building-up to Sunday would have been more productive?

Not according to the boss, who remained typically bullish after the disappointing display.

“It was one of our better decisions to have a game,” Strachan said. “It has cleared up a lot of things, it has helped a lot of players, but it has helped the coaching staff in particular to where we are going on Sunday. We learned quite a few things.

“It’s not been a great night, it won’t be memorable in anyone’s minds at the end of careers but it was invaluable to me to use the information we collected for Sunday.”

All the Canada match has done is heap even more pressure on the former Celtic manager, who will surely be left with no option other than to fall on his sword should he fail to mastermind a victory at Hampden.

Strachan claims to love his job but the Tartan Army have become increasingly less enamoured with him during the current qualifying campaign. Heavy defeats to England and Slovakia and a morale-sapping draw at home to Lithuania, have done nothing to appease them.

Regardless of the quality of opposition at Easter Road, the inclement weather and the match screened live on TV, the attendance underlines the current apathy which exists towards the national team.

Scotland sit second bottom of Group F – six points behind leaders England – and require a comeback of Lazarus-like proportions to ensure yet another major tournament in 2018 doesn’t pass us by.

A win over Slovenia will keep our slender hopes alive but won’t have fans rushing to look out their passports for Russia just yet.